4 March 2018. Today is the day for Kagoshima Marathon 2018 and the expected temperature today is supposed to be great, looking at approximately 13°C and going up to approximately 20°C later in the day.

After exiting hotel, there are a lot of people walking from all over the corners to the starting point and traffic control was superb. There are road marshals to guide both traffic and people toward the starting point. We were supposed to enter our designated starting pan, holding point before flag off, before 8:15am and almost all participants entered prior to this timing. I saw 2 runners walking back from the pan after 8:15am, wondering if they are those being denial entry after the closing time.

The first 8km or so was within the city and both leisure and marathon runners went on the same route. Marathon runners continued to head towards the outskirt after close to 9km mark. Contradictory to my thoughts of many would be going for leisure run, many were actually heading for marathon.

Throughout the entire route, Kagoshima is alive! People from everywhere participated in one form or another. Company staff, dancing group, students, elderly on wheelchair and patients from hospital were all along the route. Yes, patients as some are still having their drips hanging from their wheelchair and they were all cheering in their own ways,  cheering for all runners. Besides standing along the road, there were people on train, canoes, boats, all cheering for runners whatever way they can.

Besides groups cheering along the route, there were groups of people preparing light snacks such as soba noodle, buns, cane sugar cube, etc. for runners to replenish their strength. Such we’re not seen throughout those marathons that i participated, while I have not participated that many as a start. Runner were not bored from all those entertainments and cheering. We were also treated to great sceneries along the way, together with great weather.

Along the way, I recall a total of 8 checkpoint gantries throughout. These are checkpoints which each runner need to cross before the cutoff time to ensure finishing up the marathon within the stipulated time. Around those gantries further away, there are also coaches waiting along the way. My guess is that for those who failed to cross within the timing will be sweep onboard the coach and bring them back to the starting point.

After crossing the finishing line, we were being given a finisher towel and certificate with our timing were printed and given to us within 2mins of crossing the finishing line. Everything was orderly, from distributing food, drinks, removal of timing chip to collect of bag was well executed. The only complain that I have is that they are too organised. It is hard to just skip the bag collection area for me as I did not use them. Eventually, I discovered a way to skip that and head for the exit point, luckily.

One point to note, I actually got slight sunburn during the race as I am heading towards the sun at the returning leg. It is important to either put on some sunblock or wear a ball cap.

This is the first marathon that I can declared that I am injury free. I can still make my way up the observatory after the marathon for a great view of Sakurajima and Kagoshima City.

Will I be considering to return for another marathon? I like to be back but I think I will continue to explore other places and continue my journey as a #Vacathoner.

Lastly, thanks to #TravelWanderSG for taking care of my trip there and making all these great arrangement.

I will definitely continue my journey with them. As I am writing this, there are already 2 more trips on the plan. 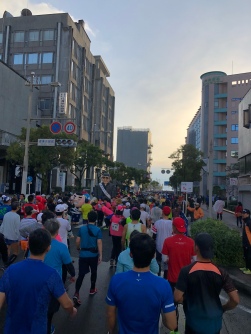 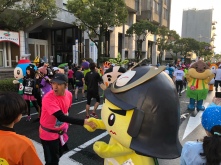 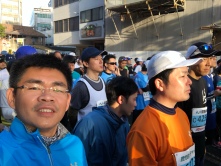 Can you see the crowd?

While running, taken this photo of the view behind my back, 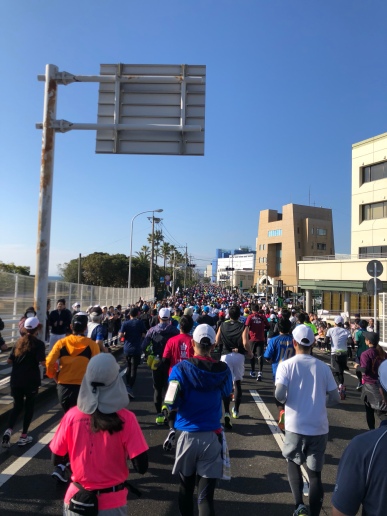 Fun Run ending here and marathoners are continuing their journey 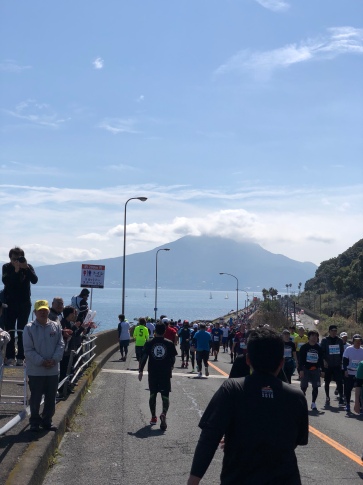 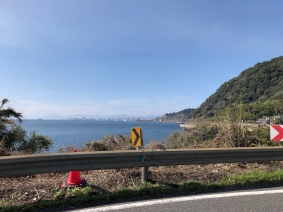 We have nothing short of view, plenty along the way. 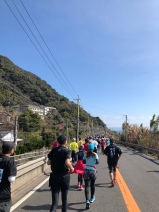 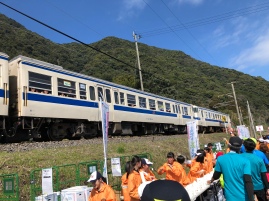 People cheering for us on train, looks like a chartered train for Kagoshima Marathon.

This is an isolated part but people still managed to stand along the road to cheer for us. 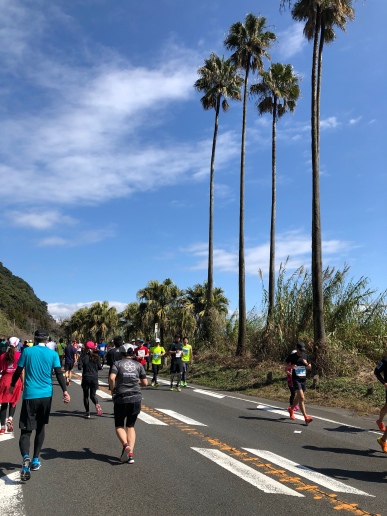 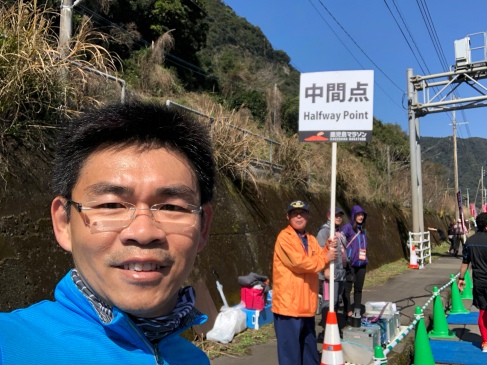 Half way point but still not turning point yet.

There are always performance along the way and one can just relax, take a short walk to enjoy and continue running 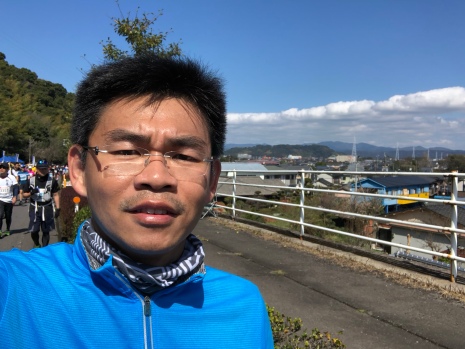 Finished my 8th marathon and first time does marathon within 6 months period. 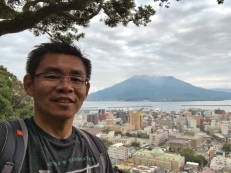 Good view of Kagoshima and Sakurayajima

Treats to myself in a highly rated Japanese restaurant in TripAdvisor 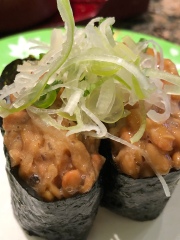